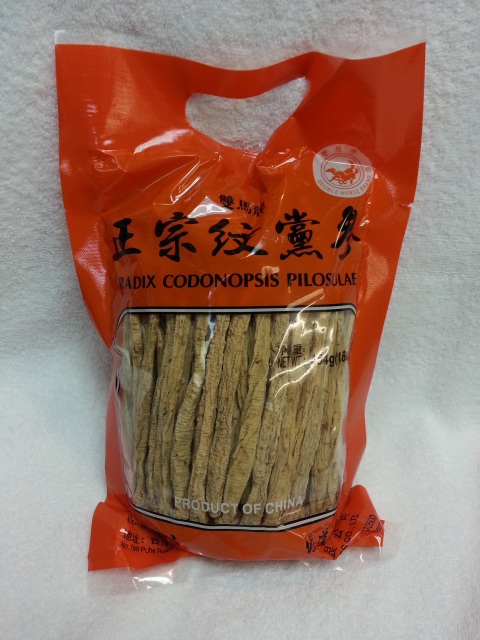 $32.99
$32.99
Unavailable
per item
Codonopsis pilosula is no stranger to most Chinese since this herb is a common ingredient in the everyday recipes of soups and steamed dishes. In China it is better known as Dang Shen, a major tonic for nourishing the vitality. As you may know, ginseng is another key Qi tonic. So here comes a question: what is the difference between them? Simply put Codonopsis has the similar but weaker efficacy compared to ginseng. But when it comes to the price, the former is much cheaper and totally affordable. For that reason Codonopsis is often under the title of “the poor’s ginseng” and widely used as its alternative.
Modern pharmacological actions1. It regulates gastrointestinal motility, fight against ulcer, and enhance immunity;
2. It affects both excitatory and inhibitory neural processes;
3. Saponins of Codonopsis excite the respiratory center;
4. It lowers the animal blood pressure temporarily but raises the blood pressure on rabbits that are in late hemorrhagic shock;
5. It significantly increases rabbits’ blood sugar. And rise of serum glucose level is related to the sugar contained;
6. It increases animal erythrocytes, hemoglobin, and reticulocytes;
7. It also delays aging, and fights anoxia and radiation.